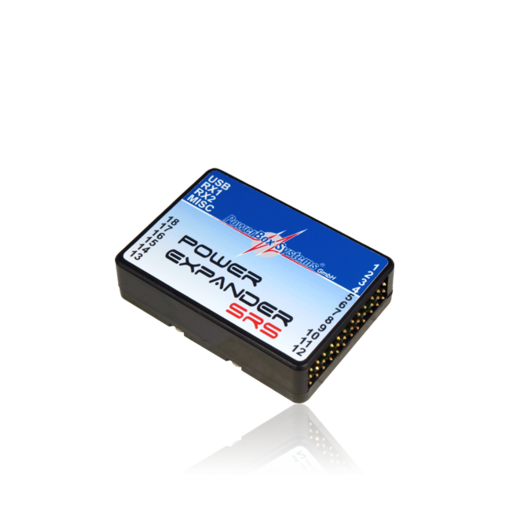 The PowerExpander SRS makes it possible to exploit all the channels provided by your radio control system when using small but highly-specified receivers. Safety is also significantly enhanced, because two receivers can be connected to thePowerExpander SRS. The integral Serial Receiver System selects any receiver, and - if an error should occur - switches over automatically to the receiver which is still operating.

This represents a simple method of doubling the number of receiver aerials. The unit is fitted with a high-current socket to ensure that the power supply can cope with the large number of channels which it makes available. It also features an output carrying the S-BUS signal, which makes it possible to use any radio control system in conjunction with an S-BUS wiring arrangement.