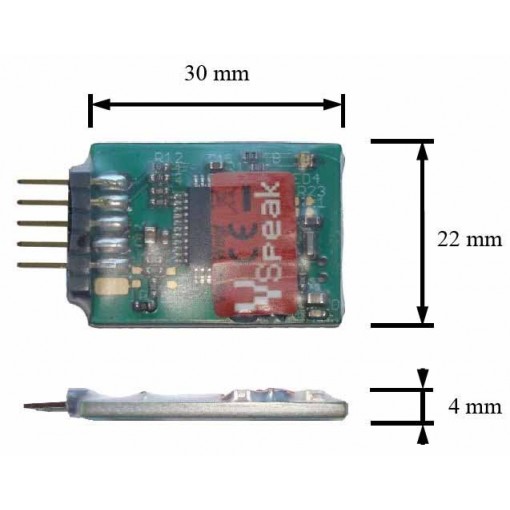 VSpeak ECU Converter provides the data of the KingTechECU on the telemetry system of your remote control system.

The ECU Converter calculates the fuel consumption and also transmits it to the respective transmitter of the model pilot.

Settings of the VSpeak converter can be made directly from the transmitter for Jeti, HoTT and PowerBox Core, for all other RC systems with the aid of the GSU included with the turbine.

The VSpeak ECU Converter for Kingtech is plugged into the KingTech ECU at the port labeled "GSU" using the supplied connection cable.
The ECU converter can be operated in parallel with the KingTech GSU (LCD touch screen) by means of a V cable.

The respective remote control system can be set using the "Data Terminal". Individual parameters can also be set.

With the VSpeak ECU Converter for Jeti Duplex and Graupner HoTT not only the data of the terminals can be displayed.